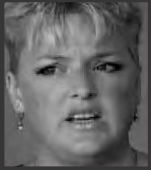 Amy Scobee: She was dismissed from the Church of Scientology in 2005 for sexual misconduct. According to her own sworn affidavits, while a member of the Church’s religious order, a then-married Scobee pursued extramarital affairs on at least five occasions. In the process, she committed one of the gravest offenses of Church ecclesiastical law. In her own words, “I committed a severe violation of Church scriptures and engaged in an affair; in fact with the person whom I was supposedly helping. … I was also this person’s auditor [counselor], and my actions were a serious violation of the Auditor’s Code, a sacred ethics code that governs the conduct of auditors.”

Prior to that, in 2003, she had been removed from any position in Church management for gross incompetence. Now reveling in her apostate role, she’s a well-practiced “source” whose services are open to all and sundry. In particular, she willingly renders said services to her cohorts in the cyberterrorist organization Anonymous, a group currently under investigation by the FBI, U.S. Secret Service, U.S. Attorneys’ Office, Department of Justice Hate Crimes division and other local and international law enforcement agencies with 40 arrested in the UK, Netherlands, Italy, Spain and Turkey so far, not to mention 16 just recently arrested in the U.S..